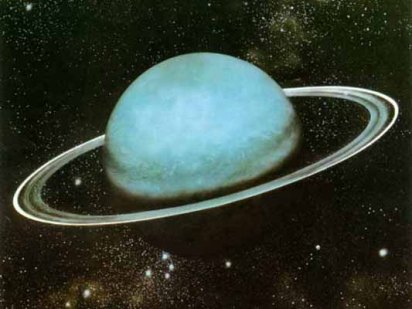 It was only now in recent days I started to understand transits. I still have much to discover but the tipping point was examining what was going on in my mothers life.

My mother has not been working for a while, she hit the wall  and I was starting to wondering what it all was about.

Before my mayor focus had been on the major planetary dashas because I thought that studying transits seemed very confusing and it was ” too” much to keep track on. But now it got to me so clearly and it was really very simple.

She´s been on sick leave for over a year now and well. I did not have her exact date of birth, just roughly (maybe +/- 15 minutes) but I had a time that was good enough to watch transits in her Rasi chart(the natal horoscope).

What had been happening was…. drums*

What is Uranus transits all about?

Uranus moves slowly through the zodiac and it take approx. 84 years for it to pass the whole cycle. It represents independence, liberation, and enlightenment and often speeds up the individual to make risks and to make changes in life. Depending on which planet it aspects or conjuncts in the horoscope it will make changes towards that which the planet represents.

In my mothers case Uranus hit her Sun in Aries, Ashwini naskshatra. Sun is a burning planet and Uranus twist comes in to demand of her being true to her unique self in career. Also Sun is her Atmakarka.

The Sun is a natural karka for the self, body and career.

If the career is not true to inner self it will make the career disrupted or create a change in vocation. Even if one do have a career that is true to ones own inner self then it will demand changes within the career.

In my mothers case she got burnt out and has still not returned to her job. I´ve tried to encourage her to think over if this choice of work is really the best for her, maybe she could change her vocation but she is still on sick leave.

Me my self went through, som years ago now( before my mother experienced her Uranus and Sun Conjunction) Uranus conjunct my natal Moon in Revati nakshatra.

I did not realize it until I had figured out what happened to my mother with transits until I started to ponder about something that reminded me about Uranus transit. I found that exactly that year in my life where I actually fell down into a very new stage of my perception of life was linked to a Uranus conjunct my natal Moon!

This was a huge surprise but also revealing. It was a very special feeling I started to feel  disconnected and depressed, I almost went into psychosis, but I did eventually start to cherish a strong want inside of me – to start relate to the world in a new way.

Moon is related to perception, psychology and how one relates to the world around us.

It was not easy but I can truly say that Uranus transits contribute to long lasting changes in life, what ever planet it transits.

Uranus transiting Sun – Changes to body, career, self and aspirations

The most accurate chart calculator out there:

Get Kala-software and Learn Vedic Astrology and The Cards of Truth: